(LWI) – Four short films on interfaith dialogue and coexistence in Indonesia were the subject of a webinar on June 9, co-hosted by the Lutheran World Federation (LWF), the Norwegian Center for Holocaust Studies and the minorities and the London-based Minority International Rights Group.

Established in 2001, the Norwegian Center is a research, education and documentation institute that runs an inclusive citizenship and human rights program. Supported by the Norwegian Agency for Development Cooperation (NORAD), it produces audiovisual resources to help prevent discrimination and conflict based on religious or ethnic identities. The Indonesian film’s launch was part of a larger project leading up to an international film festival on December 7, the same week the Nobel Peace Prizes are announced in Oslo.

The United Nations Special Rapporteur on Minority Issues, Dr Fernand de Varennes, also participated in the webinar, which highlighted the importance of sharing messages of hope and inclusion to overcome negative stereotypes that lead to hatred, fear and violence. Movies, he said, are “beacons of light” that allow people to embrace differences, instead of portraying them as “threatening, bad, or bad.”

These shorts are “beacons of light” that allow people to embrace differences, instead of presenting them as “threatening, bad or false”.

A mother and daughter flee interfaith violence in a scene from the movie “Place among the Stars”. Photo: KNLWF-Jakatarub / Karisma Prima

The first film, titled ‘Place among the stars‘was produced by the National LWF Committee in Indonesia and its local partner Jakatarub, telling the very personal story of a woman whose life is threatened by religious violence, yet who finds the courage to confront and forgive the abuser. Themes of identity, vulnerability, reconciliation and shared humanity are strongly represented as the author needs the support of volunteers during the COVID-19 pandemic.

Director and interfaith activist Risdo Simangunsong noted that the film was based on a true story without specifying the locations or religious identities of the protagonists. He explained that the personal format was chosen for its ability to inspire and elicit an emotional response from the viewer, adding that some of the team were themselves moved by the testimonies of religious diversity they experienced during the show. the production of this film. 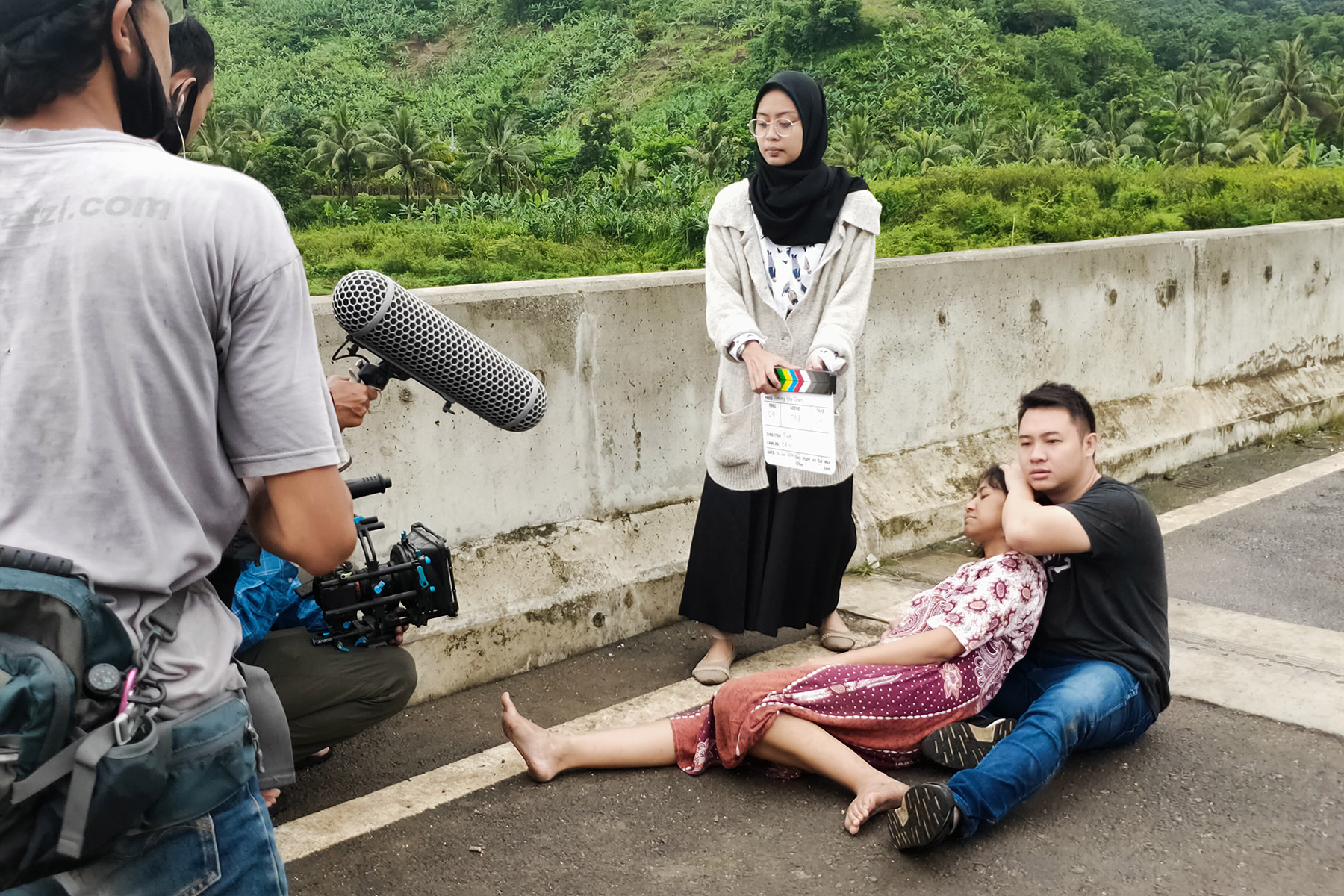 A woman’s life is saved in a scene from the movie “Place among the Stars”. Photo: KNLWF-Jakatarub / Yunita Tan

The second and third short films, entitled ‘Sandia‘(Unit) and’Family tolerance‘were produced for Basabali Wiki, a network of academics, government officials, artists and community activists. The first, shot on the island of Bali, features young women and men from Indonesia’s six main religious groups (Islam, Protestant, Catholic, Hindu, Buddhist and Confucian) expressing a strong message of respect for identity. the other.

The latter, filmed in a domestic setting, shows a mother and her daughter following different religious traditions, while helping each other to prepare their rituals and prayer times. Basabali Wiki director Puta Eka Guna Yasa said the films received positive reviews on social media after being selected from more than 45 contributions by a jury and popular vote.

The final film, titled ‘Yangere for peace‘was filmed in the Moluccas Islands, where conflict between Muslims and Christians left thousands dead and forced hundreds of thousands more to flee their homes in the early 2000s. The film highlights traditional values dialogue, respect and shared identity, showing how these values ​​are transmitted to the younger generations through the rituals and instruments of the “Yangere” musicians.

Hendriane Namotemo, project manager for the Hein Namotemo Indonesia Foundation that produced the film, said young people are showing ways to “redefine local wisdom” that has enabled communities to live together in peace for centuries. The production process “created new bonds between people,” she said, and also enriched her own understanding of peacemaking. 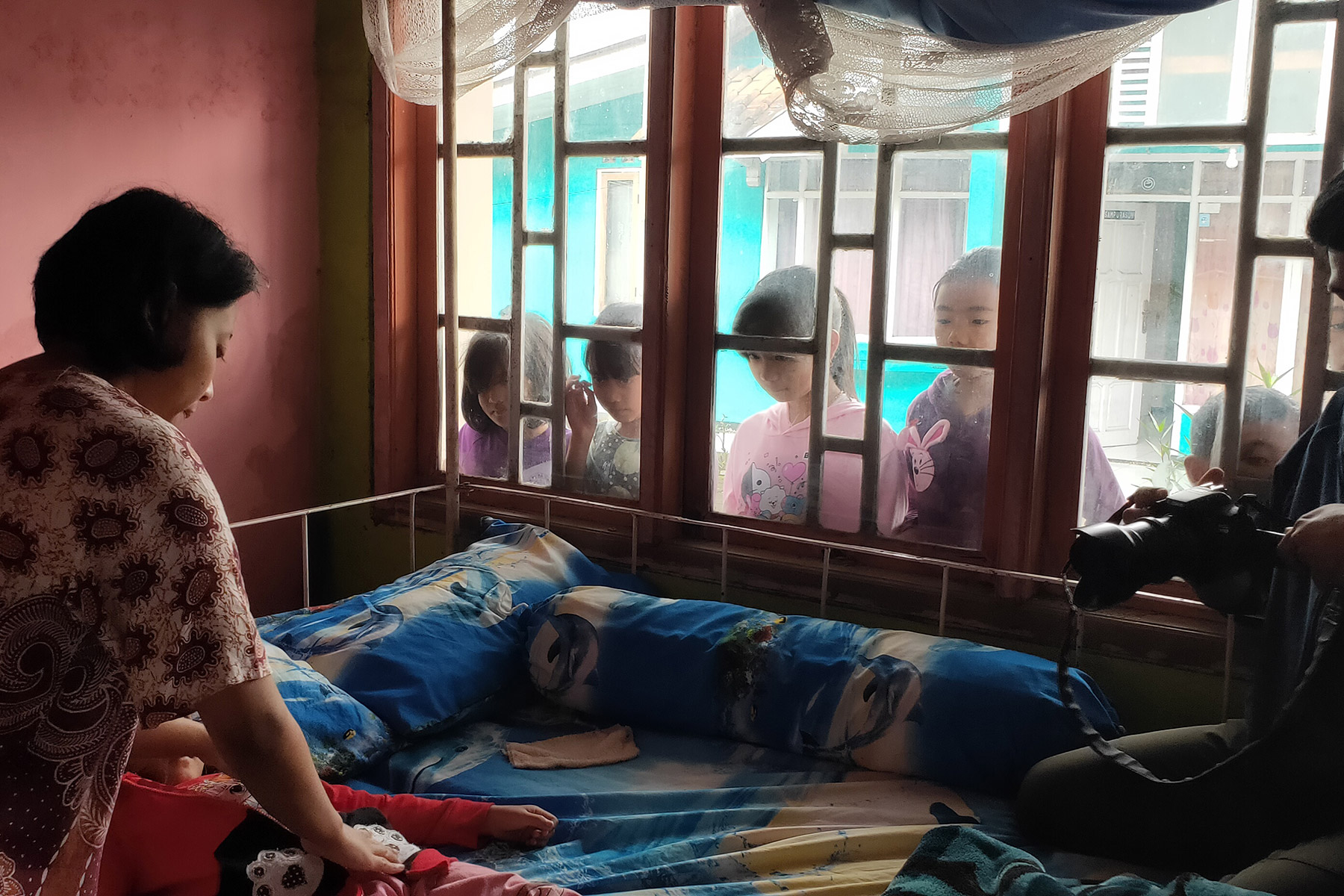 Children look out the window while filming a scene from “Place Amongst the Stars”. Photo: KNLWF-Jakatarub / Yunita Tan

Sihotang underscored the value of these films in presenting “the voices of the victims” of interfaith violence, confronting past conflicts and teaching alternative “inclusion and community” narratives. Working peacefully together is the only way for young people in Indonesia to cope with the enormous challenges of climate change or the impact of the pandemic, he noted. In popular tourist destinations like Bali, he added, it is also a key for investment and economic development.

Gougsa highlighted the power of films to touch hearts and minds and praised how these four productions “are sowing the seeds of a new vision” of inclusive citizenship. Plesner said she hoped the films would be used in schools as well as by civil society organizations to “open spaces for discussion and dialogue” on interfaith education.

In his closing remarks, Rev Kit, echoed the UN Special Rapporteur’s point of view, noting that “in a world where stories of hostility and hatred abound, we need hope and inspiration. – not only to imagine a peaceful and more inclusive world, but also to work together to achieve it.