A fervent Catholic, she opposes abortion. Now she interprets them.

(RNS) — Picketers outside the family planning clinic were loud and mocking. They shouted epithets as the women made their way to the front door. They called them whores.

Jennifer Villavicencio was one of those women. She remembers thinking, “I’m on your side. I believe what you believe. I am anti-abortion.

At the time, in 2006, Villavicencio wasn’t looking for an abortion — just emergency contraceptive pills, sometimes called morning-after pills or Plan B.

She was already on birth control, engaged to her longtime boyfriend, and a devoted and devout Catholic.

It made no difference. To anti-abortion activists outside the clinic, she was a bitch, a potential murderer, or both.

Villavicencio, now an obstetrician-gynecologist, was stunned.

A first-generation Cuban-American, Villavicencio grew up in Miami attending the Catholic Church and later Catholic schools. Since she was in second grade, she remembers the nuns of St. Thomas the Apostle saying that abortion was one of the most serious sins a person can commit.

Like other Catholics, she believed that human life should be protected from the moment of conception. During her church’s “40 Days of Life” campaigns, she stood on Miami’s Route 1 hoisting signs that read “Save the Babies.” At her Carrollton School of the Sacred Heart, she read aloud essays on opposition to abortion to her Catholic high school classmates.

“I really felt like I was doing the right thing and advancing justice in the world by protecting women and children,” Villavicencio, 35, said.

But that day at the clinic, her religious values ​​collided with reality. She was taking oral contraceptives but felt she needed another protective measure: the morning after pill. Yet, once inside the clinic, she saw no difference between her and the women who had come to the clinic to terminate their pregnancies. They all had valid reasons for being there. She saw that they deserved as much respect – if not more – than the developing fetus.

Thus began a journey that led her to change her mind about abortion.

Villavicencio’s experience is common and will remain so. But following Dobbs v. Jackson Women’s Health Organization Supreme Court ruling that struck down the constitutional right to legal abortion, an estimated 33 million women of childbearing age will lose some or all access to the procedure in the state where they live . Unlike Villavicencio, those who change their minds may not be able to act on their new beliefs.

Reverend Rob Schenck, an evangelical pastor who once opposed abortion and now supports abortion rights, came to a similar conclusion. He saw how many Christians, firm in their opposition to abortion, hold stereotypical views of a pregnant woman seeking an abortion.

They may have imagined a middle-class white woman who has a flippant view of abortion, or worse, is indifferent to the consequences of what she does, he said. Once reasoned with, she could then carry her pregnancy to term and everyone involved will live happily ever after, he said. 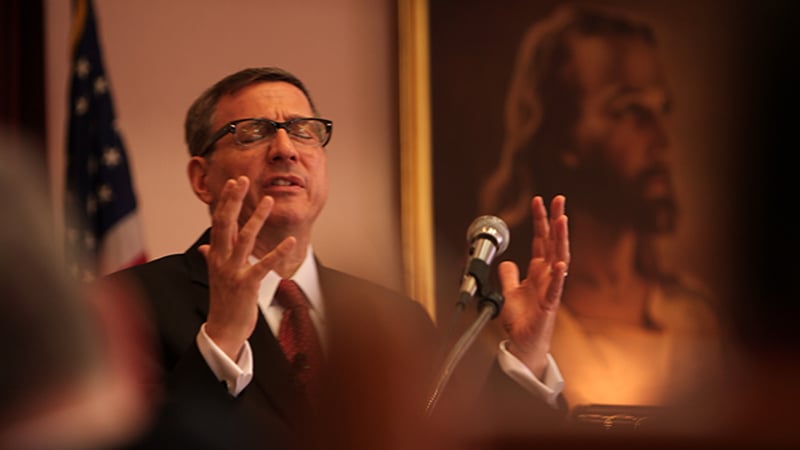 Reverend Rob Schenck preaches in a scene from ‘The Armor of Light’. Photo by Jeff Hutchens, courtesy of Fork Films

“But the Christian obligation is to live with people in their reality — not to force them to live with us in our reality,” Schenck said. “This is how we understand Christ.”

After listening to the stories of two women in desperate circumstances, Schenck reconsidered his opposition to abortion, believing that keeping abortion legal was a more moral, even more Christian, outcome.

Changing his mind about abortion was not something Villavicencio had ever considered. She was deeply committed to living according to the Catholic values ​​adopted by her parents and her church.

When she was 13, her parents gave her a “promise ring” and she pledged to stay abstinent until marriage. She dated a boy all through high school and they got engaged. Once in college, Villavicencio and her boyfriend each asked their parents for permission to have sex.

“We prayed about it, thought about it and made a decision together,” Villavicencio said.

An A student with plans to go to medical school, Villavicencio didn’t want to risk getting pregnant. She took birth control. But once on it, she also panicked.

“In reality, I didn’t need plan B,” Villavicencio said. “I still had a lot of internalized guilt around the sexual activity. I was scared. That drug was there and I wanted to be as safe as possible.

She walked out of the clinic that day still thinking of herself as a good “pro-life Catholic.” But like the 56% of American Catholics who say abortion should be legal in all or most cases, she ended up accepting the right to abortion.

While in medical school at the University of Central Florida College of Medicine, she studied reproductive science, embryology, and pregnancy. She learned that science isn’t always black and white; it’s full of gray areas. By the time she was in medical school, she had broken up with her fiancé and stopped going to mass.

But it was during one of her residency rounds at Women & Infants Hospital in Providence, Rhode Island, that her change of heart was complete. That night, a pregnant woman carrying a baby with serious abnormalities had to have an abortion. The baby would not have survived long after birth and the woman, with the support of her parents, did not want to carry it to term. 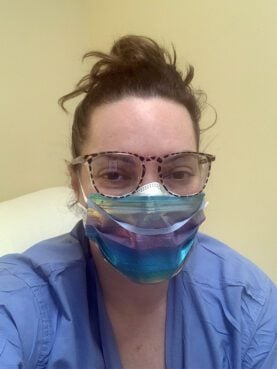 Villavicencio helped her induce labor. Then the woman asked to hold her baby, and Villavicencio wrapped the baby up and gave it to the woman.

“She looked down and then looked at me and said, ‘Look, how beautiful my daughter is!’ It was a lightning moment for me. I stood before a woman who clearly could deal with the complexity of the decision she had made. She loved her daughter dearly and terminated her pregnancy. She was able to hold these two things at the same time. She knew more about her life and the love she had than anyone.

After completing the procedure that night, she decided to apply for a family planning fellowship at the University of Michigan (where she also earned a master’s degree in public policy). She now works as an obstetrician-gynecologist at two hospitals in Maryland, in addition to a Planned Parenthood clinic.

His experience is similar to that of other doctors.

Diane Horvath, another Maryland abortion provider, also attended Catholic schools growing up. She too learned that abortion was a sin. And she, too, said it was her encounters with women in heartbreaking circumstances that made her reconsider the procedure.

“People who have abortions are the same people who have births and miscarriages,” said Horvath, who is married and has a daughter. “Even people who swear they would never need an abortion find themselves in a position where they need one. I want people to know that you can come without judgment. If you need an abortion, I am here to help you.You will be treated with kindness and compassion.

Horvath, 43, no longer goes to church. But she thinks it is precisely her willingness to put herself in the shoes of others and provide medical care that is a deeply Catholic act.

“The message I got from my parents was, if you see injustice, if you see suffering, you have to be God’s hands in the world,” Horvath said. “You must act.”

Until last month, Horvath periodically traveled to Alabama to provide her services at an independent clinic there. Alabama quickly banned abortion after the June 24 Supreme Court ruling. Anyone in the state who performs an abortion faces up to 99 years in prison.

Villavicencio doesn’t go to church either. But both support Catholics for Choice, a nonprofit that champions reproductive choice. Villavicencio sits on its board of directors.

They are acutely aware of the dangers of providing abortion services in the post-Roe era, and they are taking precautions. They don’t take the same route to work and they avoid clothing that might identify them as doctors. Horvath says she pays an online privacy management company to retrieve any identifying information about her from the web.

Both women are ready to endure the dangers, they said, because they see their work as a calling.

“I am called by my conscience and everything I learned as a child growing up by my parents and my faith,” Villavicencio said. “It’s the job I have to do. I’m deeply committed to it.”